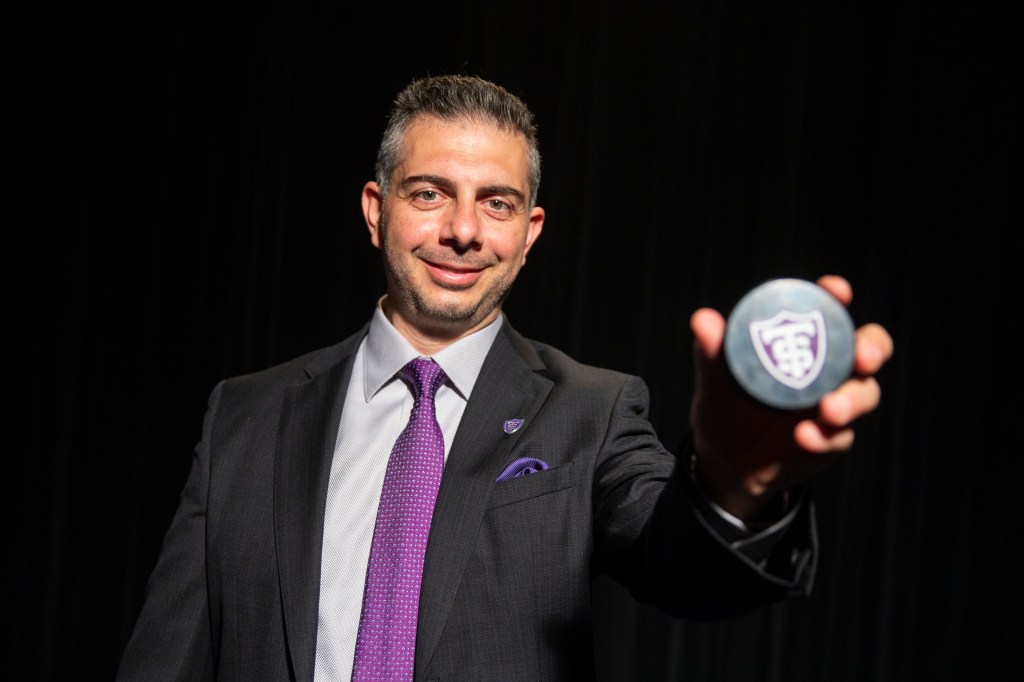 After the offseason makeover, Tommies’ men’s hockey team are ready for a tough test on their Division I – Twin Cities debut

While this may look like a list of opponents for the St. Thomas men’s hockey team, it is actually a sample of the schools represented among the 11 players who transferred from Division I programs. to be part of the Tommies’ first season in the new lineup. CCHA.

The Tommies’ season kicks off Saturday night in St. Cloud against the mighty Huskies, ranked No. 3 in the nation by USA Today, before St. Thomas hosts St. Cloud State at the Xcel Energy Center on Sunday.

Coach Rico Blasi, who spent 20 years as a head coach in Miami, Ohio, said adding experience was key as the Tommies begin their journey.

“My goal was to keep a good core of guys who were here,” said Blasi, “because they know St. Thomas and they can help us build the culture. The second part was trying to find guys through the portal. transfer rates that may match the terms of what we’re trying to do.

“And obviously you’ve got to have guys that you’re going to develop for four years.”

Blasi said there was huge interest in St. Thomas among players on the transfer portal.

“We probably could have had two teams,” he said. “It was a good opportunity for me to see what kind of name we have there.”

“These are guys who played at a high level in Division I,” said Blasi. “Good guys from the locker room, good people, good students. Speaking with these guys, the reasons they wanted to come to St. Thomas were all the right reasons – to help build this culture, to build something special.

Blasi said he was satisfied with the talent he saw among the 12 leftovers.

“A lot of these guys could have played at the Division I level, but they chose to come to St. Thomas,” he said.

There are seven freshmen on the Tommies roster, four of whom were recruited by Blasi after taking office. Among them is forward Cameron Recchi, son of former NHL star Mark Recchi.

Elder Recchi has scored 577 goals during his NHL career, suggesting his son has offensive skills.

“There is a bit of his father in him,” Blasi said with a smile.

After three weeks of training, Blasi said it was too early for him to have a real idea of ​​what kind of team he has. But he knows what he wants him to become.

Blasi said he has yet to pick a starting goalie. With Thome, senior Jacob Berger (Minnetonka), who transferred from the state of Minnesota last season, and junior Henry Baribeau (Hudson, Wisconsin) are in the mix.

As for the season opener at St. Cloud State, Blasi suggested the trip on I-94 would likely become a regular event for the Tommies.

“I think it will be a good relationship between us and St. Cloud over the years,” said the coach. “It makes sense for us to play. Would I have liked 10 weeks of practice? Probably, but it will be fun for our guys to put on the jersey and play one of the best teams in the country.

Keep a watchful eye on the lame ducks voting session