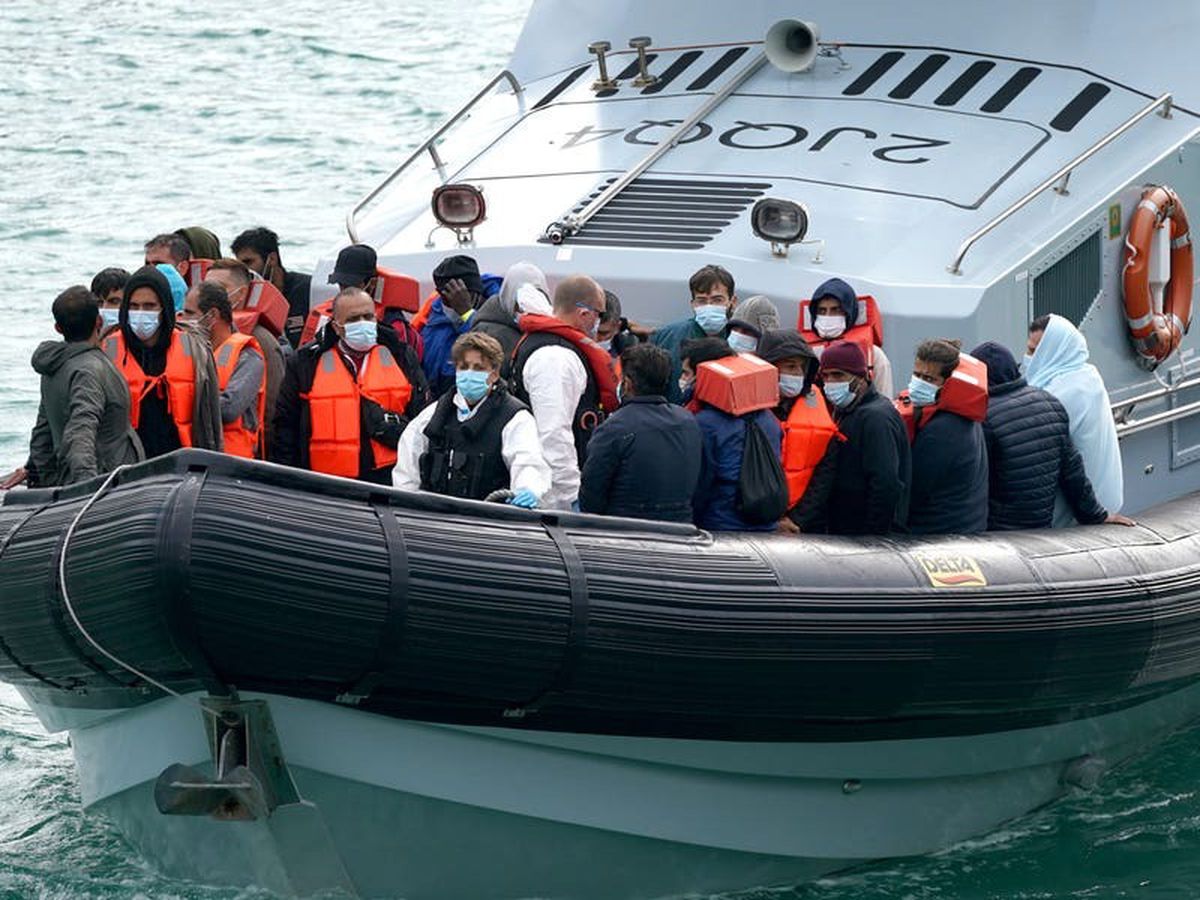 The number of people who have made the dangerous trip across the Channel in small boats this year has doubled the total for all of 2020 – with more than three months remaining of 2021.

At least 669 migrants made it to the UK on Sunday, bringing the total for the year to at least 17,085, according to available official data compiled by the PA news agency.

Small boat arrivals in 2021 are now more than double the figure for 2020 as a whole, when 8,417 people crossed the Strait of Pas de Calais.

These figures are based on Home Office data obtained and analyzed by PA.

Amnesty International UK has criticized “inhumane policies such as refoulements and criminalization of refugees” and called for urgent action.

Since the start of last year, more than 25,000 people have risked death crossing the UK in dinghies, kayaks and other small boats, according to AP data.

On Sunday, a border forces coastal patrol vessel was seen arriving in Dover full of people as well as a lifeboat with around 40 or 50 people, including families and young children, on board.

Those who arrived were all seen wearing blue surgical masks and orange life jackets.

Later, a group of people, believed to be migrants, were escorted by police and border force officers away from the beach at St Margaret’s Bay.

They had landed on the beach in a small boat following several arrivals from the Channel.

On Sunday evening, the Border Force had deployed its Hurricane ship to bring people to Ramsgate.

Mr. O’Mahoney said: “The government is determined to tackle the unacceptable increase in dangerous Channel crossings by using all the tools at our disposal, every step of the way.

“Working with police and international partners, there have been nearly 300 arrests, 65 small boat crime convictions, and our focused efforts have prevented more than 12,000 attempted migrants.

“But it’s a complicated issue that requires changes in our laws. The government’s new immigration plan offers the only long-term solution to fixing the failing system and making the change needed to tackle criminal gangs and prevent further loss of life.

Despite the sharp increase in small boat arrivals on the south coast, asylum claims in the UK fell in 2020 to 29,456.

This figure is significantly lower than the 93,475 asylum applications lodged in France and the 121,955 lodged in Germany.

The crossings continue despite the perilous nature of the Strait of Pas de Calais, one of the busiest shipping routes in the world.

In October last year, a Kurdish-Iranian family, including young children, died when their migrant boat sank off the coast of France.

Last month, a 27-year-old man from Eritrea died after he and four others jumped overboard as their boat began to sink.

Steve Valdez-Symonds, Director of Refugee and Migrant Rights at Amnesty International UK, said: “It is appalling how ministers and others have sought to manipulate these very visible passages to give the impression of ‘an emergency on the Kent coast.

“The total number of asylum claims lodged in the UK is no higher than it was two years ago, but the Channel crossings are now part of the government’s cynical politicization of asylum.

“Whenever the Minister of the Interior speaks of ‘human smugglers’, she ignores her own failure to open safe and legal asylum routes.

“The people who make these dangerous sea crossings do so out of desperation, in large part because there are no safe and legal routes open to them.

“We urgently need a new approach to asylum in this country – with inhumane policies such as refoulements and criminalization of abandoned refugees, and much more in terms of working with France and others to play a constructive role in helping people who have fled war and persecution.