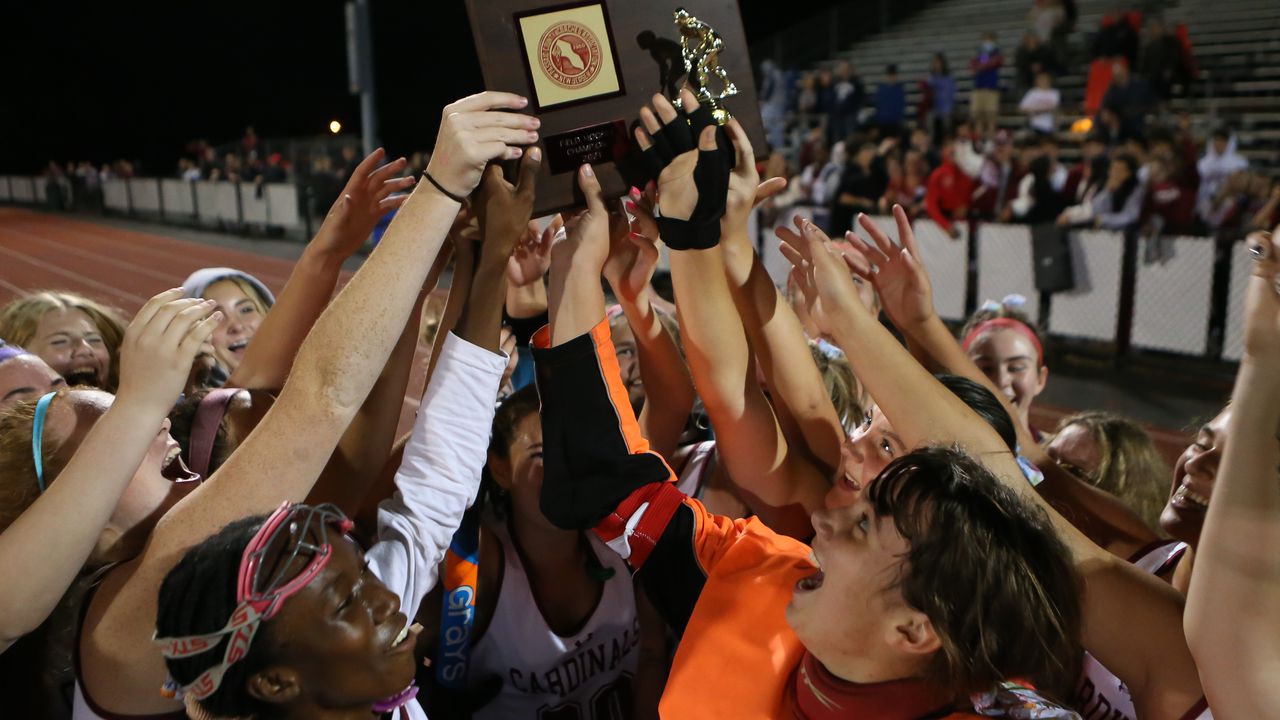 When the Pompton Lakes and Lakeland field hockey teams first met this season on October 2, only two goals were needed to win a close defensive battle.

When Pompton Lakes and Lakeland met for the second time this season last night, only two goals were needed to win a close defensive battle.

One big difference: The Passaic County Tournament Championship was on the line this time around.

Seeded Pompton Lakes scored twice in the first half, then goaltender Jenna Nardo and defense did the rest to secure a 2-0 victory over second-seeded Lakeland in the final of the PCT at Wayne Hills High School.

The Cardinals (16-1), winners of the first meeting, 2-1, did not take long to get on the chessboard in the final against the Lancers (13-2-1), while Krista Lilienthal found the bottom of the fillets. within the first 90 seconds of the game.

“Before our game I said we have to come out strong and score early because we can set the tone for the game and I think that really set us up early,” said Cardinals coach Eileen Allan. .

“I told them I always give them 30 seconds to go there and score, and they did it in a minute and 30 seconds.”

Lilienthal acknowledged that her early goal was important in “establishing a good mood for the game”, but thanked her teammates for putting her in a prime position to score.

“I don’t think I could have done it without my assists from my other teammates because I didn’t carry the ball all the way down,” said Lilienthal.

The Lancers had several opportunities to equalize the score in the first half, but a penalty nullified one of their goals and a formidable defense from the Cardinals, anchored by Nardo (five saves), also kept the Lancers from going up. on the board.

“I always say offense wins games, defense wins championships, and my defense has been very strong all season and we work a lot on defense because we know we have Krista and Isabelle (Maher) who can put the ball on our striker line, ”Allan said. “So my defense really stayed strong. “

As the Cardinals clung to a 1-0 late in the second, Juliet DeGesu provided his side with some much-needed respite before half-time.

“I felt like I was in the perfect position to land him a little bit and Morgan Hanna felt like he was stuck under the goalie and once I saw him come out I got it. ‘I just pulled and pushed straight into the goal, ”DeGesu said.

In the final 20 seconds of the third, the Lancers had two golden chances to finally get on the board and perhaps continue that momentum into the final period of play. However, Nardo’s formidable goalkeeper prevented that. to occur.

“She told me today that she’s giving it all she’s got today and that’s what she did and Jenna always stands up for the big game,” Allen said. “So I’m proud of her and she’s been a great goalie for us over the past four years.

The NJ High School Sports newsletter now appears in mailboxes 5 days a week. Sign up now and be the first to get all the boys and girls sports you care about, straight to your inbox every day of the week. To add your name, Click here.