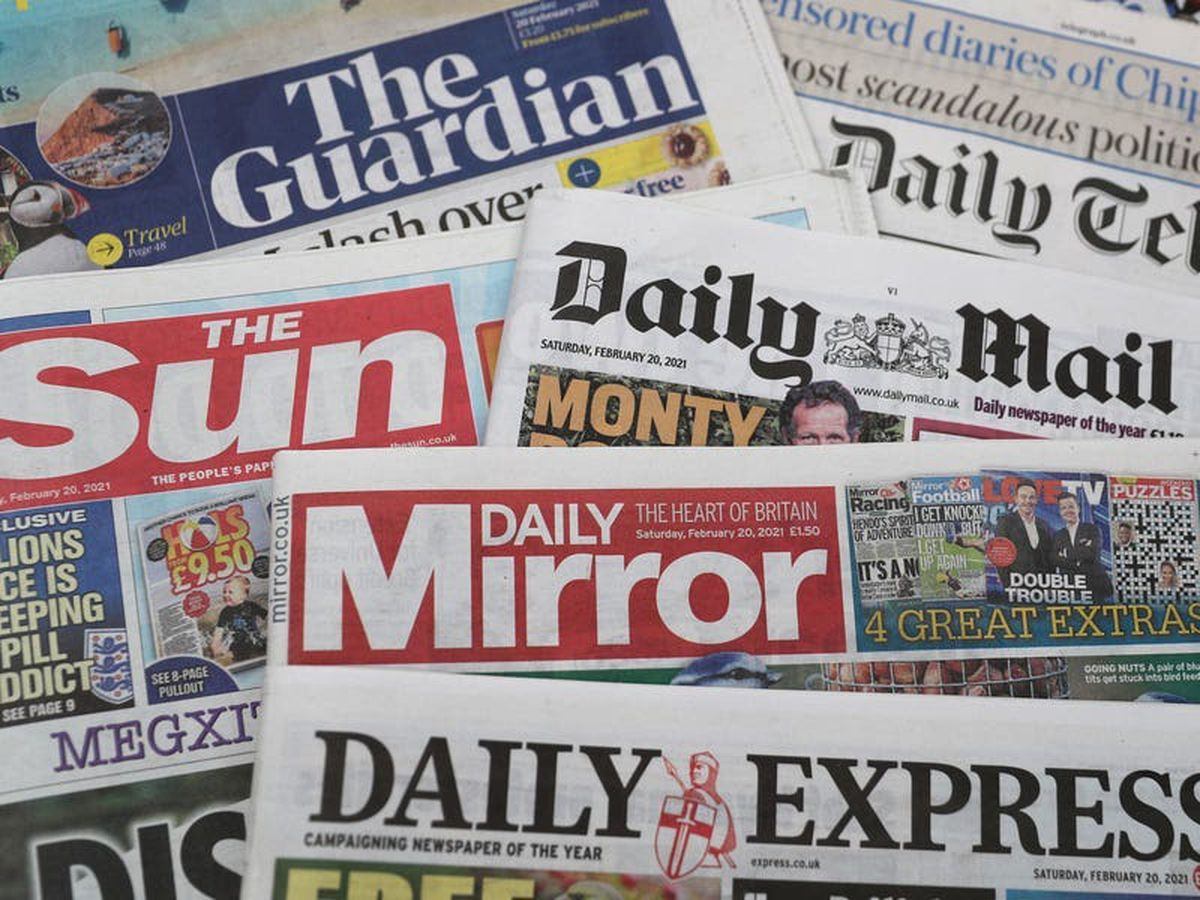 What the Newspaper Say – October 23

Alec Baldwin is featured on many front pages after firing a propeller pistol that killed a cinematographer, while the latest pandemic developments are also making headlines.

The sun, Daily Mirror and Star of the day carry the same photo of the 63-year-old actor after Halyna Hutchins was killed by a gun on the set of the movie Rust.

Scientists telling the government it is time to prepare for Plan B measures, which include vaccine passports and face masks inside, are leading the I weekend.

The coronavirus also leads The temperatureChancellor Rishi Sunak said vaccines meant there would be no more blockages and the economy would continue to be the priority.

The FT weekend leads with a report saying Prime Minister Boris Johnson has ‘fired his main Downing Street policy implementer’ to a previous role managing England’s immunization program amid concerns over the increased cases and a “stuttering reminder campaign”.

The Guardian carries a warning from union leaders representing millions of frontline workers warning of “another winter of chaos” without action to stop the spread of Covid.

The Daily mail writes that assistants at Buckingham Palace have been accused of “deceiving the nation” about the Queen’s health, after the 95-year-old went to hospital for tests.

The daily telegraph leads with the comment by Foreign Secretary Liz Truss that Britain should not become dependent on China.

The independent has a report saying the majority of food banks have seen an increase in demand since the universal credit increase was discontinued.

And the Daily Express writes that some £ 7 billion will be invested in the UK transport network “as part of a massive campaign to share wealth across the country”.

Joe Giudice opens up about engagement of ex Teresa Giudice